Ellen Rissinger is an American Vocal Coach/Accompanist, most recently on the music staff of the Sächsische Staatsoper (Semperoper) in Dresden, Germany. She came to European attention in December of 2008, when she accompanied a performance of Shostakovich's Lady Macbeth of Mtsensk for the Deutsche Oper am Rhein in Düsseldorf on one hour's notice.

She started her career in the United States working with companies such as the Opera Company of Philadelphia, Pittsburgh Opera, Kentucky Opera, Glimmerglass Opera, Baltimore Opera, Knoxville Opera, and Opera Theater of Pittsburgh. She was music director of Glimmerglass Opera's 25th Anniversary tour and of Opera Iowa and was on the faculty of Carnegie Mellon University for several years.

Her operatic repertoire includes all styls from Monteverdi's Orfeo (1605) through to the World Premiere of The Merchant of Venice (2013) by Andre Tschaikovsky and the European premiere of The Great Gatsby (2015) by John Harbison.

Recently moved back to the United States, she has since given masterclasses at the University of Nebraska-Lincoln and Eastern Michigan University, as well as recitals with Dr. Kevin Hanrahan, and has opened a private coaching studio in Philadelphia and New York.

Ellen holds a B.F.A. in Piano-Performance from Carnegie Mellon University in Pittsburgh, as well as an M.M. in Accompanying from the University of Cincinnati's College-Conservatory of Music. She continued her training in the young artist programs of Aspen Opera Theater Center, Des Moines Metro Opera, Florida Grand Opera and Glimmerglass Opera.

As the producer and host of The Diction Police podcast since April 2010, she has led the way for classical singers and coaches from all over the world to hone their foreign language skills. Its companion site, The Diction Police: Special Diction Unit, offers phonetic transcriptions, poetic and word-for-word translations and interviews on song and opera texts for a more complete experience. Ellen is fluent in German and English, is conversant in Italian, French, Spanish and Modern Greek, and continues to work on her conversational ability in Russian. 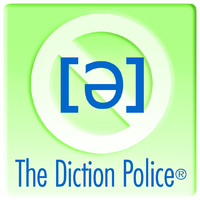